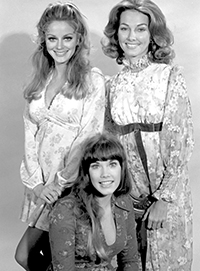 Barbi Benton was born in New York, New York, but appeared right at home during her four seasons on HEE HAW. The singer/model/actress could be found everywhere during her stint doing comedy sketches on HEE HAW, including four appearances on the cover of Playboy Magazine.

She parlayed her HEE HAW notoriety into musical success including the Top 5 record “Brass Buckles” and starred in the short-lived ABC comedy “Sugar Time!”

Following HEE HAW, Benton made numerous television appearances including parts on top shows of the day such as “The Love Boat” and “Fantasy Island.”